Get ready for music !

I know you want to hear some nice music now. But let's first introduce you in the story of this beautiful music project. The task of this work was to find a music label & an artist on Spotify to make it look in a new way. The first deal was to care about users to make it most immersive possible.

I decided to take Atlantic Records label and Wiz Khalifa as artist. Wiz Khalifa inspire me, not in smoking weed for sure, but for his rap. I really wanted to learn about him personally. I made a lot of search about him to take what's most important about him to explain it nicely for users.

The second deal of this project was to find a way to show my artist and my label through a beautiful digital interface who would be clear and easy access for every device. Check out the website here under. 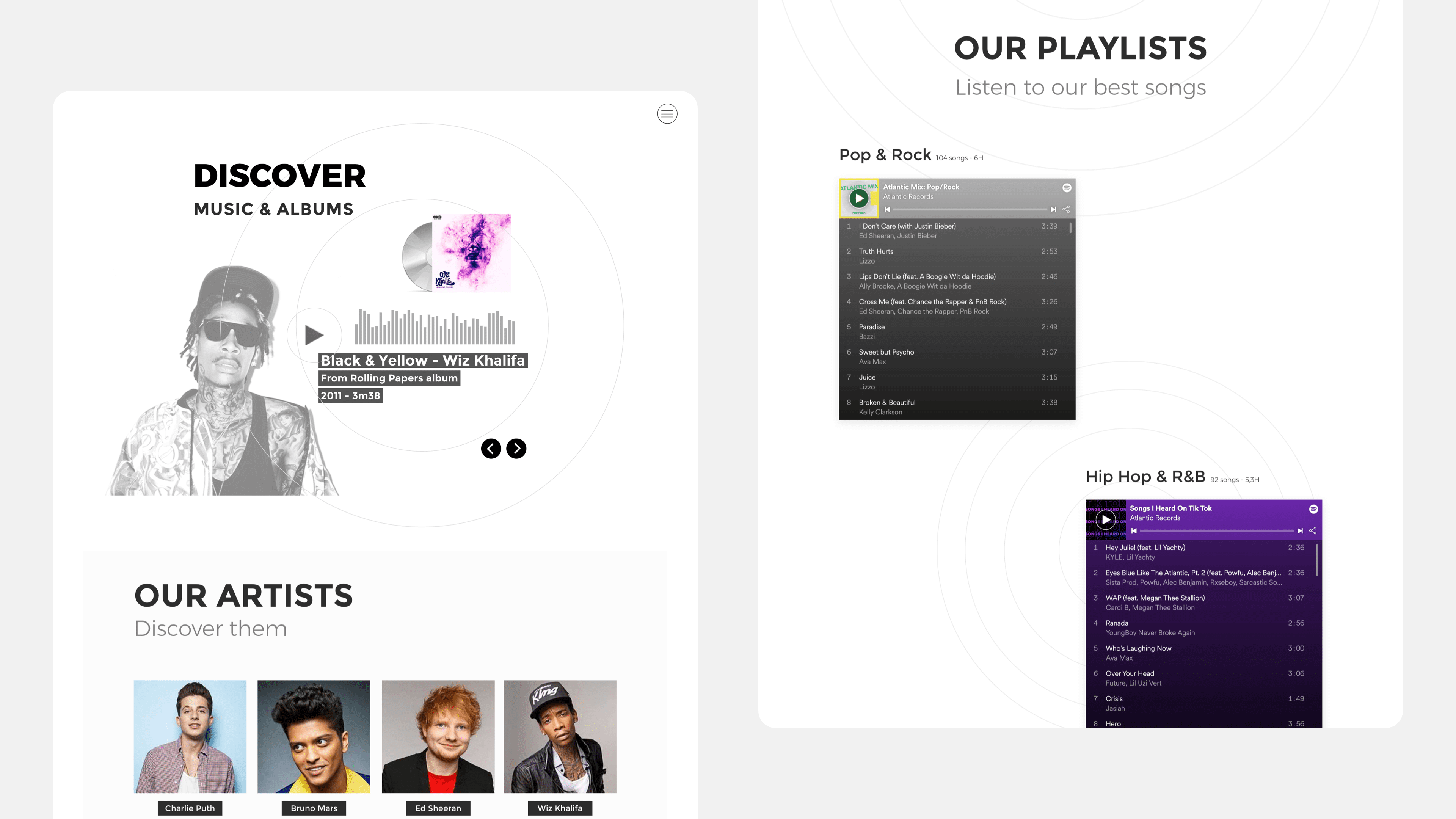 Why Atlantic Records as a label ?

The choice of Atlantic Records it's first because it is the label of wiz, but secondly because Atlantic is a great record label that haves over 60 years recorded music history !

All the great legends have signed with this label, and I also freaking like their style ! They promote great talented musicians all over the world and the production is great.

I'm always facinated how they produce amazing songs. The song writing is probably one of the most difficult step in making a soundtrack. I'm very passionate about music. I do play guitar myself and I love it ! 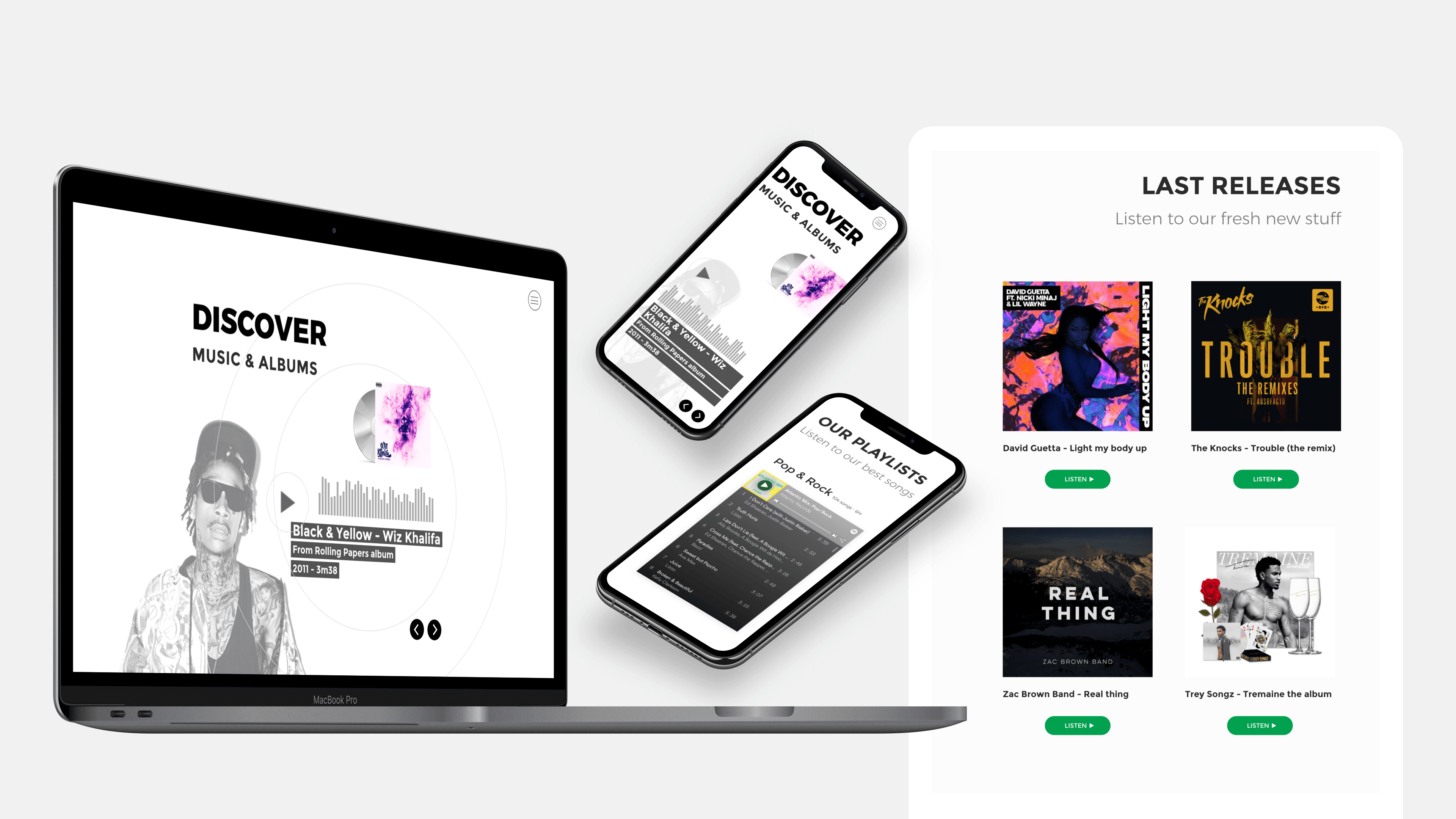 Atlantic Records was founded in 1947 by Ahmet Ertegun and Herb Abramson, both avid music fans and record enthusiasts. Their passion for artist development made Atlantic Records the home of choice for legendary artists including Aretha Franklin, Led Zeppelin, Ray Charles, Otis Redding, and more.

Atlantic was one of great independent labels that sprang up in the late Forties, challenging the primacy of the major labels of the time (RCA, Columbia and Decca) by discovering, developing and nurturing new talent. Atlantic became the nation's premier rhythm & blues label in a few short years and would become one of the great soul labels in the Sixties.

Atlantic set the standard for the "indies" in that they paid their performers fairly, produced top notch records, had talented session men and had knowledgeable staff that included producer Jerry Wexler, engineer Tom Dowd and arranger Jesse Stone. Atlantic's first stars were Ruth Brown, Joe Turner, the Clovers and the first Drifters.

Atlantic's first releases were jazz oriented jump blues though the labels first big hit was "Drinkin' Wine Spo-Dee-O-Dee" by Stick McGhee. In the late Forties Atlantic went to New Orleans to look for talent and had some sessions with Professor Longhair, which convinced them to incorporate the New Orleans sound into their recordings.

Atlantic's more sophisticated and jazz orientated session men were unable to recreate the New Orleans Sound, but in the process created the "Atlantic Sound," which supported all the label's singers with, boogie based, sax-led band arrangements that were internal part of the song. 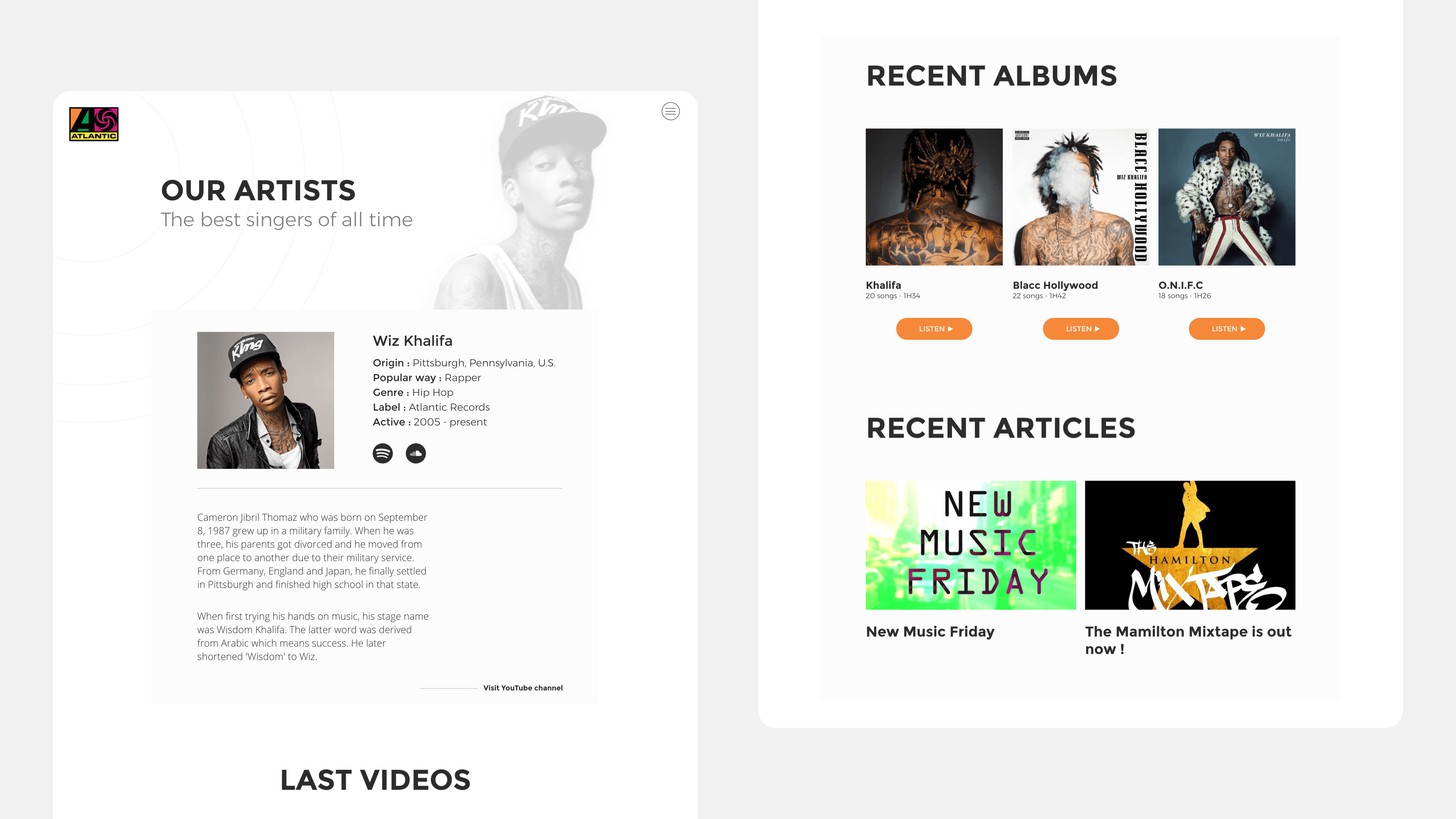 Check the project out

Post to be, Nine track mind, Rolling papers... A lot of good albums to listen for all day and all night ! So now, you can connect your headphones for sure and I let you ! Enjoy and have fun with Music Please !